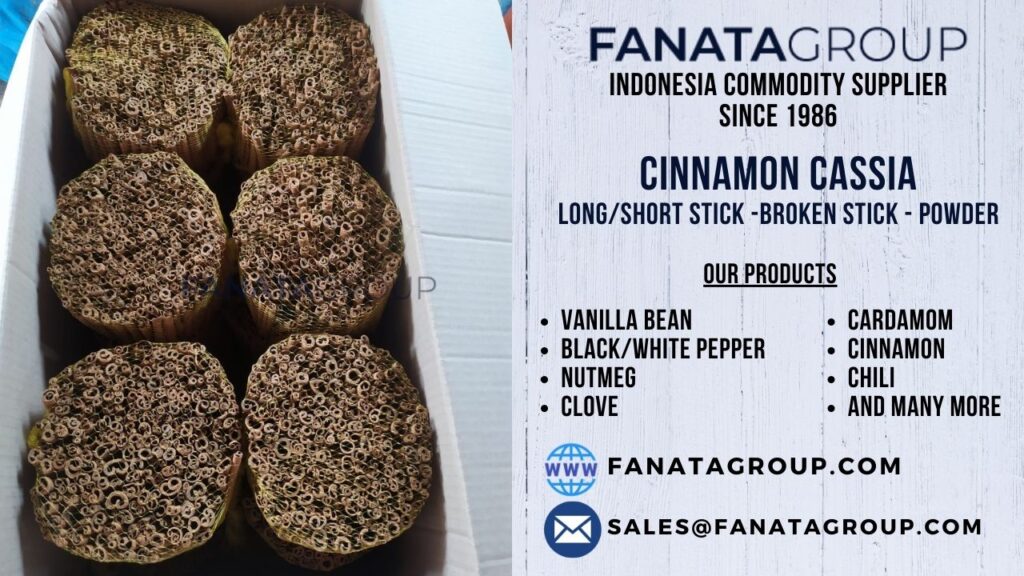 Cinnamon is originated from the inner bark of Cinnamomum trees, which is used in both sweet and savory dishes. This spice is used in many types of cuisine around the world and is known for its warm, sweet flavor. Indonesia cinnamon supplier plays an important role in distributing this highly sought spice.

It is one of the oldest known spices in the world, with a history that dates back to ancient Egypt. It has been used as medicinal properties for centuries and is still widely used today in many different culinary applications. In recent years, cinnamon has become increasingly popular as an essential ingredient in a variety of food products, from baked goods to teas and even savory dishes.

There are three types of cinnamon products from the Indonesia Cinnamon supplier: cinnamon sticks, broken cinnamon, and cinnamon powder.

Cinnamon powder is used in a variety of dishes, including curries, baked goods, and desserts. It is a flavor enhancer for coffee, tea, or hot chocolate. Cinnamon powder can also be sprinkled on oatmeal, cereal, smoothies, and yogurt for a sweet and spicy flavor. Additionally, it can be used in savory dishes to add a warm, aromatic flavor. 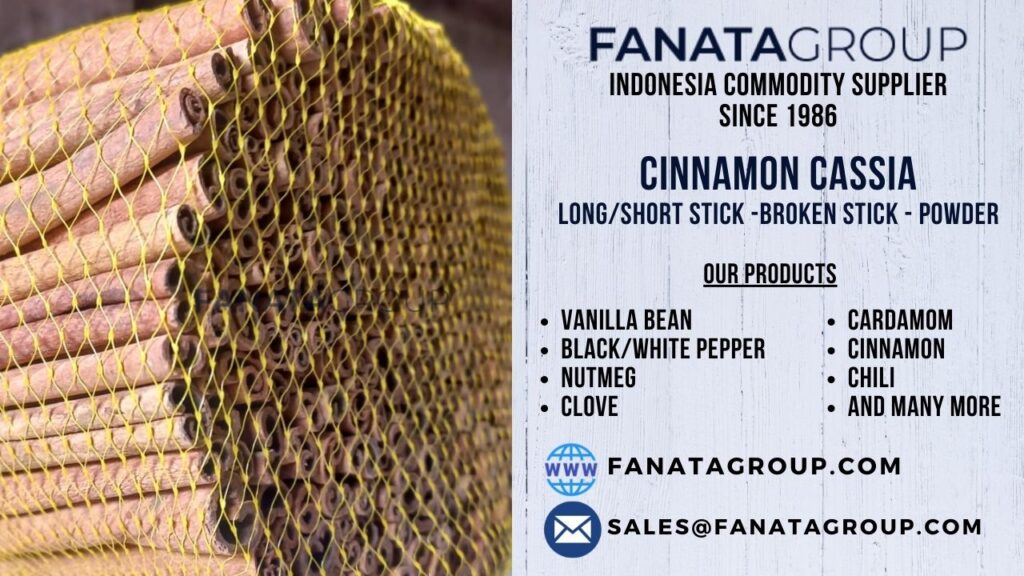 Cinnamon is a popular spice in Indonesia, which is used in both sweet and savory dishes. It is found in local markets and supermarkets, where it is usually sold in small packets or in bulk form. Indonesian cuisine often calls for cinnamon as an ingredient in dishes like sambal, rendang, and gudeg. The spice is also used to flavor cakes and other desserts. Cinnamon is believed to have medicinal properties, and it is used in traditional medicine to treat colds, sore throats, and indigestion.

Indonesia is a major producer and exporter of cinnamon. In 2020, Indonesia exported over 6,000 metric tons of cinnamon worth around $140 million. Indonesia has been the largest exporter of cinnamon in the world for many years, accounting for about 40% of total global exports. The main export destinations for Indonesian cinnamon are India, China, the United States, and the Netherlands. Indonesia is also a major producer of cassia, a related species of cinnamon, and exports around 2,000 metric tons of cassia, worth around $20 million annually.

For those looking to source cinnamon for their business, it is important to find a reliable supplier. Depending on what type of cinnamon you are looking for, you may have to shop around to find a supplier that offers the specific variety you need. When selecting a cinnamon supplier, it is essential to consider several factors. Quality is paramount; you want to ensure that the cinnamon you purchase is of the highest quality, as this will affect the flavor and aroma of your products. You should look for a supplier who offers a wide range of cinnamon varieties, as this will give you more options for recipes and other applications. It is also essential to check the supplier’s reputation; look for reviews online or ask others in the food industry for their opinions.

In addition to quality and variety, you should also consider price when selecting a cinnamon supplier. While higher-quality varieties may cost more, they will also give you a better product. Additionally, you should look for a supplier who offers competitive prices, as this will help you save money on your overall purchase. Finally, you should also look for a supplier who offers quick shipping, as this will help ensure that your cinnamon arrives promptly.

To find a wholesale supplier of cinnamon from Indonesia, you can search online for spice suppliers from Indonesia. You can also check with your local spice merchants to see if they source their spices from Indonesia. Once you have selected a cinnamon supplier, it is essential to establish a good relationship with them. This will help ensure that you always receive the highest quality cinnamon on time and at a fair price. It would be best if you also inquired about any special deals or discounts they may offer. It will help you save money in the long run. Additionally, you should keep track of when your cinnamon needs to be reordered, as this will help you ensure that you always have enough.